Coleman off for Beckford.

Is he going to be a bit more out wide? Beckford that is.

Knight of Thorgothshire wrote:Is he going to be a bit more out wide? Beckford that is.

Looks like Pienaar has gone to to right hand side, so Beckford and Saha up front. 5 mins to go.

All gone a bit scrappy in the last 5-10mins.

Will people be happy with a draw today against Spurs? Keeps the unbeaten run going etc.

Fatigue starting to set in, a bit scrappy, and end to end stuff.

Crouch goes down in the box again.

Hibbo with a shot, wide.

In the last min now. Good claim from Howard, should have done that in the first half.

Everton excellent in 2nd half - by and large kept Spurs out

FINAL 1-1 pretty happy with that.

All over 1-1. Decent game of football and the unbeaten run continues. 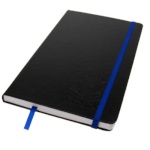 I think that was a pretty good reflection of what happened on the pitch. A wonder strike by Baines is offset by a goalie flap by Howard.

Fair result, overall. But either team could have nicked it!