Our hosts for this game have been resurgent under a certain Rafa Benitez . After a very poor start to the season he has dragged them kicking and screaming into the kind of mid tabled mediocrity we expect from Newcastle... (although you could say the same about us this season). Although they were beaten away to West Ham recently, its their home form that has really lifted them out of the relegation battle. The last time they were beaten at home in the league was against Man United back at the turn of the year. Since then they have beaten all the usual subjects, include Man City and drawn the rest of them.

Everton meanwhile have been indifferent home and away, losing eitherway, and also winning a few. Having said that, Everton are now on back to back clean sheets, and Newcastle may feel that they have done enough to pull themselves clear of the relegation battle to slide back into being rubbish again (and hopefully forget to practice set pieces).

I am going to this game, so happy to race anyone up the 14 flights of stairs and to share binoculars.

Going to be a tough game. Could be a 0-0, depends which Everton turns up. 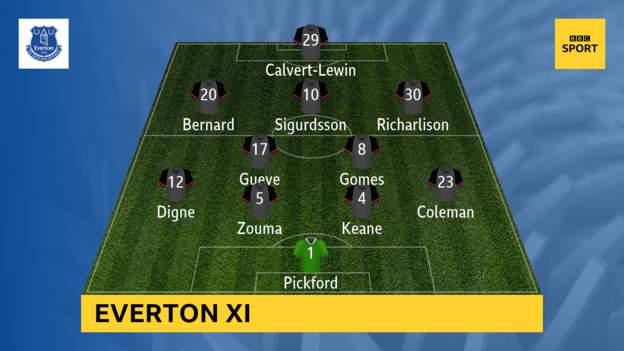 That's probably as good as we can do. I'd like to see Lookman getting an opportunity in the second half as well.

And we are underway!

We have a shot on goal inside the first minute!

That's a decent chance for Newcastle, Perez heads it wide with Pickford out of position.

And such great build up by Bernard and Digne, great stuff.

great start from the boys... look so much more composed off the back of the last few games.... AWESOME

A rugby tackle by Pickford on Rondon, don't see that often...

That was a pretty shite penalty, straight down the middle and Pickford makes the save with his trailing leg.