BB wrote:I'd find it hard to pick a man of the match today.

I'm going to narrow it down to 3 players who for me stood out and made the biggest impact on the game.

Tim Cahill - Important goal, but I thought his tackling in midfield was immense.
Silvain Distin - Bossed defence and made good use of the ball.
Aiyegbeni Yakubu - Made Torres look like a beginner. No goals but a performance to be proud of. If he wasn't a striker he'd be in good form.

I was very suprised Cahill got MOTM, well taken goal, but Yak or Distin did better for me.

its cold in the stands
e e cummings
Legend

Re: Its all rafa's fault, look at the team he has left behind...
« Reply #11 on: Today at 07:11:16 PM »imo benitez had to go, he`d lost the plot but the squad he left is good enough to be challenging for the title.
if ferguson had a squad with the likes of gerrard, torres, cole, reina, meireles, agger, carragher, johnson and even babel i reckon they`d be challenging for the title.

I was just going to see if I could fit that in my profile somewhere.

Missed the game today ... I am superstitious on Derby Days.... either go or leave well alone..

But that looks as though its something to savour on TV tonight...

Can I just mention that there are lots of online polls about whether the RS should stick with Hodgson. Could you make sure you vote YES at least fifty times every time you see one?

I can't see them beating Blackburn next week - if he ever had the dressing room, he's lost it now.

Some great stuff from Rod Liddle in the Sunday Times today -

"the recent howls of yearning from the Kop for Kenny Dalglish.... have a whiff of the Geordies about them. The team struggle and suddenly they need a famous Scouser, adopted or otherwise... they'll be howling for Cilla or Ringo next."

For me it would be either Distin or the Yak. Both very immense. I'd love to see the Yak get a goal now as well to go with the great perfomance.

I thought Yak looked as fit today as he's been in a long time. However I think we may have lost that 15plus goal a season killer striker. He worked he's ass off for 80 mins today (started looking for an easy free towards the end but maybe he earned it!).

Distin hardly put a foot wrong and was up there with Cahill as motm
_________________
The Liverpool was again a heartless equipment, without ideas nor criterion. A victim who died yesterday at the hands of her eternal rival, the Everton.

Just to put a different angle on it... I reckon Baines was excellent today

Distin was fantastic though

Knight of Thorgothshire wrote:For me it would be either Distin or the Yak. Both very immense. I'd love to see the Yak get a goal now as well to go with the great perfomance.

The match finished hours ago. Love to see Yak get a goal now indeed.

You're worse than Alex Ferguson for wanting extra minutes.

If only that had been Gerrard.

Jags for me - really dealt with everything with no fuss.

Cahill moaned too much, Distin played very well but think Jags was better.

Yak did well before fading completely in the last half hour

As new Liverpool owners John Henry and Thomas Werner watched the spectacle of Merseyside pageantry with slack-jawed awe, one Blue-shirted fan in front of them shouted: “I hope you kept the receipt.”

I see osman & Hibbo have signed extended contracts too

Haha! Love it. Quite possibly my favourite Derby moment from today. The Yak was boss today, we may yet see the his best form again.

Coleman seemed to get upset at Cahill after Cahill snubbed him in order to celebrate. Coleman had done all the hard work to get past 2 men and pass Cahill the reasonably easy opportunity of slotting home, but Cahill took all the credit for the goal and Coleman actually pushed Cahill for ignoring him. He looked like he wanted to smack him one and quite rightly so really.

FIRST ON - ABOUT TO START

BB wrote:Coleman seemed to get upset at Cahill after Cahill snubbed him in order to celebrate. Coleman had done all the hard work to get past 2 men and pass Cahill the reasonably easy opportunity of slotting home, but Cahill took all the credit for the goal and Coleman actually pushed Cahill for ignoring him. He looked like he wanted to smack him one and quite rightly so really.

Nah, I think he was saying "You aussie twat, Yak promised to split some millionaire's bank account with me if I passed to him"

and speaking of caption competitions..... 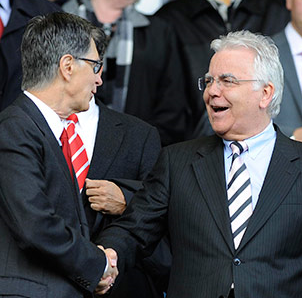 So Dan, how was the blood pressure

So Dan, how was the blood pressure

No problem at all thanks.. did we look like being in trouble?
_________________
Liverpoole Echo Sun 12 March 1234: Euerton celebrate another drubbing of ye Shoite - quaffing muche Ale (Ye Spellowe, Blacke Horse, Wims Lowe (upstairs)) and spliffs & oft singing new chant "1,2 - 1,2,3 - 1,2,3,4 - 5-Nil." Big Dunkane (Bird Keeper of Euerton) was, yet again, sent-off by Judge Polle for landing several blows at head of serf James of Carreggore & Red Shoite Stephen Meelaar, Squire of Hitune fame who wed Ladie of The Night Alexa de Curraine and is wont to fight pubbe minstrels, was given an earlie dunking in Ye Mere of Stanlee Parke for an elbough to face of local serf Hibbeyrt. After being given ye olde clothe of vinegar by Rath-Boyne Hibbeyrt returned to scoreth fifth & finale goale past Ye Flying Pigge Thomas of Lawrence in Parke Ende - a riot followed. Euerton: Weste, Hibbeyrt, Wilsone, La Boyne, Mountyfielde, Balle, Kendel, Harveigh, Fergusaine, Latcheford, Deen of Tran Mere