You have to get V share but it only took about 10 secs to download and the stream seems perfect with English commentary.

And cheers to you as well.

Simon Davies with a shot from distance. 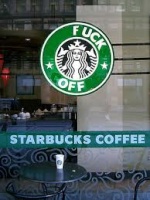 The blues fans seem up for this. Banging out "If you know your history".

High tempo so far. This is going to be a physical game.

Dixie Land wrote:Simon Davies with a shot from distance.

Never seen that before.

Dempsey falls like a shit house right on the edge of the box - thankfully nothing is given.

Fulham with loads of pressure.

Baines with a great cross, Cahill can't quite connect and Fulham get the freekick anyway.

Good strike by Pienaar from the edge of the box, but it's right at Schwarzer who can make the save.

Everton throw, flicked on by Felli and a good left foot shot by Pienaar. Fairlly comfortable save though. Good play.

Arteta looking more up for it and links up well with Coleman on the right wing.

Liverpool goal: I don't believe that's been given to be honest. Sunderland are awarded a free-kick midway in their own half, and Michael Turner turns and taps the ball back to his goalkeeper Simon Mignolet to take it. Dirk Kuyt pounces, collects the loose ball and runs through on goal before beating a stunned Mignolet. Referee Stuart Atwell is going to get a lot of stick for that.

jags is trying too hard to appear the complete footballer...needs to play it simple...

Dixie Land wrote:Arteta looking more up for it and links up well with Coleman on the right wing.

Dempsey goes down in the box again. Not the last time today I suspect.

Coleman gets us a freekick at the edge of the box. He does have loads of energy.

Coleman looking good today. He is scaring the shit out of Fulham.

We are passing the ball around nicely, but there are no clear cut chances. So far.

Dixie Land wrote:Coleman looking good today. He is scaring the shit out of Fulham.

Loads of energy, and Arteta is also showing more of that today.

We are all over this lot. Our midfield is running the show. Arteta, Pienaar and Fellaini are far more skillful than anything they have.