He played well yesterday, much more suited to a central role.

The Torygraph said " Osman.......putting every inch of his substantial frame behind his
header."

With a double page spread?

With a double page spread?

If anyone is in on a Friday night! 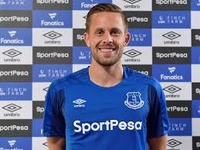 Not as good as it used to be this programme.

Cheers Helen. Just put it on record to watch later.

Go on you know you want to look:

who was the third member of this team of midgets? Lester Piggot?

mindyercarmister? wrote:who was the third member of this team of midgets? Lester Piggot?

mindyercarmister? wrote:who was the third member of this team of midgets? Lester Piggot?

must have towered above the other two.

When does Ossies`s contract end?

Says this on the OS:

Ossie broke his toe in December 2007 but returned to playing in January, when he also signed a new deal with the club that will keep him at Goodison until 2012.

Leon Osman has reiterated his desire to see out his career at Everton after extending his contract for another two years.

The Academy graduate, currently sidelined with an ankle injury sustained in the Merseyside derby win over Liverpool, is now tied to Goodison Park until 2014.

And Osman, who made his senior Blues debut back in January 2003, hopes he will remain at the Club he joined as kid.

“It (the contract) has been a discussion for a few weeks now and I am delighted to have agreed to stay on,” the 29-year-old told evertontv.

“There was never any doubt on my part and I was just eager to put pen to paper – I want to stay here as long as I can.

“I am really happy to be at a Club of this stature and it is obviously a Club I have strong feelings for. It is great they still want me here.

“I have said before I would love to finish my career here but I cannot predict what is going to happen down the line. As far as I am concerned there is only one Club I want to be at.”

Osman was joined in agreeing terms last week by his friend and fellow Academy product Tony Hibbert, who also agreed a two-year extension.

The 29-year-old, who played alongside Hibbert in the team that won the FA Youth Cup in 1998, feels the two have helped each other along the way.

“I think we have been good for one another,” he added. “Tony is obviously a friend of mine and I think we have been able to lend each other a hand here and there, pick each other up when we have needed a lift and so forth. I was really glad to see Tony rewarded with a deal as well. It is great news for both of us.”

Everton's Leon Osman faces a further six weeks out after having an operation on his injured ankle on Monday. Osman, 29, has been sidelined since limping off at half-time during the victory over Liverpool on 17 October. Everton manager David Moyes said a piece of "floating bone" had been removed from Osman's ankle. "We expected him to be out for four to six weeks, but we think he'll probably be out for another six weeks now. He seems fine," added Moyes.

Everton's Leon Osman faces a further six weeks out after having an operation on his injured ankle on Monday. Osman, 29, has been sidelined since limping off at half-time during the victory over Liverpool on 17 October. Everton manager David Moyes said a piece of "floating bone" had been removed from Osman's ankle. "We expected him to be out for four to six weeks, but we think he'll probably be out for another six weeks now. He seems fine," added Moyes.


Too bad. We need the competition for the spots in the team.

The Executioner's Player Focus: Osman
Leon Osman has been a mainstay of the Moyes regime at Goodison, chipping in with 25 assists and 36 goals during his time at the Blues.

He is a player who has often divided opinion at L4, with some questioning his lightweight frame. For me, Ossie is a top player; he has two quick feet, possesses vision, great touch, can score goals and always puts in a shift. In a national game like ours obsessed with physicality and pace, Osman is something of an oddity.

The last month has seen the diminutive midfielder take a central role in the absence of a lot of our key midfield players. His impact has proved important for the Blues, particularly in the final third where his vision has been integral, claiming 3 assists and 2 goals in his last 6 starts.

He has more assists than any other midfielder at the club despite missing a large portion of the season. The local lad has benefited from playing really high up the pitch where he is a best deployed - with his movement and interplay against Wolves on Saturday being integral to the win.

It is also interesting to note from this seasons stats that Osman averages a shot on target more rapidly than Tim Cahill, despite the Aussie often playing right up top as a forward this campaign. Osman has always had a knack of finding the net, his 2 goals at Villa Park in a game crucial to our 4th place finish in 2005 was memorable in a season were he got 7 goals, bettered only by Cahill.

His versatility has often been a double edged sword, enabling him to play in more games but often out on the right wing were he can sometimes be periphery.

On the left he has played some great games, but it is through the middle or as a second striker where he has always been most productive.

His thunderbolt v Larissa in the Europa League was majestic and arguably came around his most consistent spell in the team, playing centrally as the Blues went 13 games unbeaten, a run which included Osman running half the length of the field to finish in the 7-1 win against Sunderland - a truly superb strike.

Ossie will certainly be key in the run in to this season, and I for one am really enjoying watching this underrated talent playing some great stuff at the moment.

Needs a floating bone removed from his knee.

That sounds much more painful and nasty than it is. I had that done and was in and out of hospital in about 4 hours. Recovery is very quick as well.

That sounds much more painful and nasty than it is. I had that done and was in and out of hospital in about 4 hours. Recovery is very quick as well.

As long as the "Floating Bone" Is not his knee cap 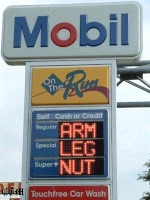 I've had a floating boner for ages now, ever since M4G posted that picture of Pat Butcher with her tits out actually.

I hope he is back soon, I gave my son his middle name from Ossie thats how much I rate him.

Is their a better English player then Ossie in the EPL that plays his type of game currently? England crying out for players that can pass and probe, turn sharply and hold onto possession. But it seems England would rather pick a headless chicken like Downing then someone with a bit of intelligence. I know Ossie is not up their with the Scholes and Silva's off this world but England aren't exactly blessed with this type of player, especially since Joe Cole went off the radar.