at least we can sack the clown now

It felt like the Everton players were just waiting for extra time, no one spending time closing down Martial.

at lease we tried in the 2nd half... the 1st half was trajic

All over. Great game for the neutral. Heart breaking for Evertonians all over the world.

Should have been put out of a misery by half time but at least made a go of it in 2nd half.
_________________
The Liverpool was again a heartless equipment, without ideas nor criterion. A victim who died yesterday at the hands of her eternal rival, the Everton.

Oh look, we concede a late goal. Who'd have guess that would happen, huh?

Harsh on Everton but they actually did not turn up play until the second half - and conceding last-minute goals sums up their season.
Phil McNulty

Well just like Joleon Lescott said last week, it's good to have the pressure off now.

Was proud of the blues support today. Gutted by the result. Martinez out. It's the only answer left.

To be fair to Martinez he hits the nail on the head and said it took us 45 minutes to get into the game.

We were awful in the first half. Besic and Lennon were just making numbers up. The goal for Felli, I believe Stones could have covered Felli better. Albeit the Man U LW was so easy at beating the RB.

Second half we played well once Foo Foo came on. Penalty was a good save. Okay maybe Lakaku could have put height on it but to be fair to the Man U keeper he gets down well. We deserved the equalizer. They deserved to win.

Martinez has to go. As Mcnulty says the last minute goal just sums us up. Surely there are managers who could take this squad onto better things. Martinez can go to Celtic and take Gibson with him.

Got to Rigbys on Dale street at 6am, for a couple of pints of Okells and a bacon butty, we were on the coach and away by 6:45am.

Coach was packed and we'd taken the back seat. I'd gone with four bottles of Old Peculier to start the trip with and a bottle of vanilla vodka and Coke Zero for the last leg and to take the edge off the return trip.

It was a good choice, but loads of lads had gone with lager and gone for quantity rather than quality, so I think I'd chosen well. There were also cans of bombardiers floating around and I had some of them too.

Everyone was on good form and we were singing and taking the Mickey out of each other on the way. We stopped off at a service station on the way for more beer and it wasn't long before the bus toilet was unusable.

We arrived at Harrow at 12 noon and most went to the Oak, but we went to the junction pub, which was empty, but they had good music and good ale. We'd "borrowed" the sprinkler attachment from Rigbys to help get a good head on the beer so they put it on and we had a good laugh in there. A couple of other Everton coaches turned up and it was soon buzzing.

We took the sprinkler back then headed off to Finchley Road, to meet up with some other blues at the North Star, then headed to Wembley to the Torch to meet some others. The Torch was jam packed with blues inside and out, lots of blue flares going off and a leather casey being kicked about.

Headed down the ground at 4:30pm to take our separate seats and get more ale. Wouldn't let me take ale to the seat so i asked for a Coke cup and put the ale in there. The bitter was shit, but better than the Budweiser.

After the game we went back to Harrow and got on the coach for the return leg. It started off pretty quiet, but after a few vodkas we were singing again. We started to lose people after an hour or so, and after a couple of hours I got me head down for a bit too.

Woke up after Birmingham and we were stuck in traffic. Got back to Rigbys at about 1:30am, took a while to get a taxi, but back to me mum's place by 2:30am and got me head down. 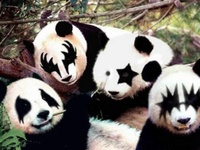 the other side of the coin...

Met up at the Royal Festival Hall on the Southbank and went to Canteen for a spot of lunch, followed by coffees and a cigar on the Southbank, chatting to the rather beautiful French tourists birds. Took the tube from Waterloo up to Wembley, slightly disappointed that there was no First Class carriage, but chatted to a delightful Indian gentleman who wished us luck. Strolled down Wembley Way, avoiding the chanting hooligans with their crates of ale, and took our seats. Watched the match. We were utter shit in the first half and there were a lot of faces contorted with anger and some rather ripe language used. A few very large chaps with very short hair decided to have a bit of a row and had to be separated by other large chaps who seemd to make it worse, until the stewards joined in and everyone told them to "calm down calm down" and the fisticuffs ended. Second half was fantastic, as was the atmosphere - kudos to all the fellow-blues, we were fucking brilliant and the team responded. Shame about the results. Took the train to Marylebone and headed for a rather nice pub I know on Marylebone High Street for a couple of drinks, followed by dinner at Caffe Caldesi on Marylebone Lane, one of my favourite Italian restaurants. Coffees and a glass of Vin Santo to finish, then home to watch MOTD.