Toffee Dan wrote:Fellaini was ok, I'm not sure if anyone particularly had a great or poor game. The back 4 were very comfortable. The midfield looked ok - especially Royston & Seamus on the wings. The result kind of looks scrappy, late winner (again) - from the spot - but anything less than a win would have been a bit of a travesty. Wolves are not great shakes but at least we were competent, relatively in control - albeit the cutting edge (creativity/finishing) still isn't the full article.

The thing about Fellaini I think is you only tend to notice his contribution when the opponents put us under sustained pressure, he's invaluable in that defensive hole & can be a useful outlet to let others play - he seems to just do a lot of simple things like tidy up & give it to others to "look the part". Sometimes of course he will contribute a valuable goal or threat up front - didn't see a lot of that today. Funny kind of player to assess really - not like say Cahill cos you see him throwing himself about or Coleman/Baines/Drenthe/Osman/Saha as you see a lot of obvious skill, movement - or, in the case of defenders whom one judges on whether they make few mistakes (i.e. defend competently). Again since Wolves did f-all squared going forward his contribution would be overlooked. You might say something similar about Rodwell - he's not doing the Arteta bits (tiki-taki) so he's not seen to be obviously having a good game except when the midfield needs to be seized or the pressure relieved.

Another example might be - taking Drenthe off for Billy - you get that oh shit moment cos you just know that Billy won't be putting in the same shift as Drenthe. However, although he gave away the ball in a crucial area leading to Baines salvaging the situation by conceding a free-kick in a dangerous position, in his defence no one came to help in and he got caught in possession. So, to summarise, maybe Felli had a decent game really since there was little sense of panic at the back (even without Rodwell/Neville as support) in the entire game.

WRT the penalty. I'm not sure how much to blame him, maybe he should have done better but how much intent he had to bring the opponent down is open to debate - maybe it was careless but Wolves had this tactic of throwing themselves at Everton players to win free kicks - it worked 4-5 times and so, whenever a leg was extended to win or play the ball Wolves were snapping at the Everton player & throwing themselves dramatically into the play. The ref was frankly crap but since Wolves were so shite it hardly mattered.

I see what you're saying about Felli - the opposition has to be decent for him to show his USP - in which case shouldn't Moyes have pulled him for someone more creative at 60mins? A win is indeed a win, but my biggest criticism of Moyes during the match thread was one that you hear all the time on Toffeeweb I'm afraid - that subsitution. I couldn't believe him pulling Drenthe for Bily when we'd gone 2-1 up. Surely, with Wolves having to attack for the first time in the match, the one thing you need is a speedy outlet to catch them on the break? Drenthe is the ultimate match closer, with his pace and finish, whilst Bily offers fuck all in that situation, it couldn't actually be worse for him as a slow, ponderous player who tends to be bullied off the ball in possession?

Moyes probably saw Bily as a different sort of outlet, someone who could keep the ball, play simple passes and make sure Wolves didn't get a sniff of possession. Whereas Drenthe is all about attacking - as soo as he gets the ball he is off and running which is great when it works but often results in the ball being back with the opposition within a matter of a few seconds. Now I'm not saying Bily did a particularly good job in keeping possession, but I think that was Moyes' reasoning.

Perhaps one or more of (a). Royston knackered (b.) Billy needing a confidence boost (playing when we're ahead helps) (c) wasting a few seconds at the end of the game (d) probably a better option than Straca, Mucha, Mustafi - maybe not Gueye (or Barkley) similar options.

WRT the opps having to be decent - it's perhaps more a case of it's more obvious against the best. He was magnificent against City (home) last season, I remember his contributions against these better sides more than in the humdrum.

Not sure if they showed it on the highlights, but I watched Bily when he came on, the lads confidence is shot to pieces, there was an attack, I think Baines went forward, cant remember who it was for sure and Bily ran to one of their defenders to let him mark him.

He also hides and doesn't want the ball.

Maybe it's best for him and the team that he leaves and we say thanks and good luck at a new club, his face just doesn't fit.

How was the march yesterday?

Depends which way you look at it, or where you take the pictures from and at what time. 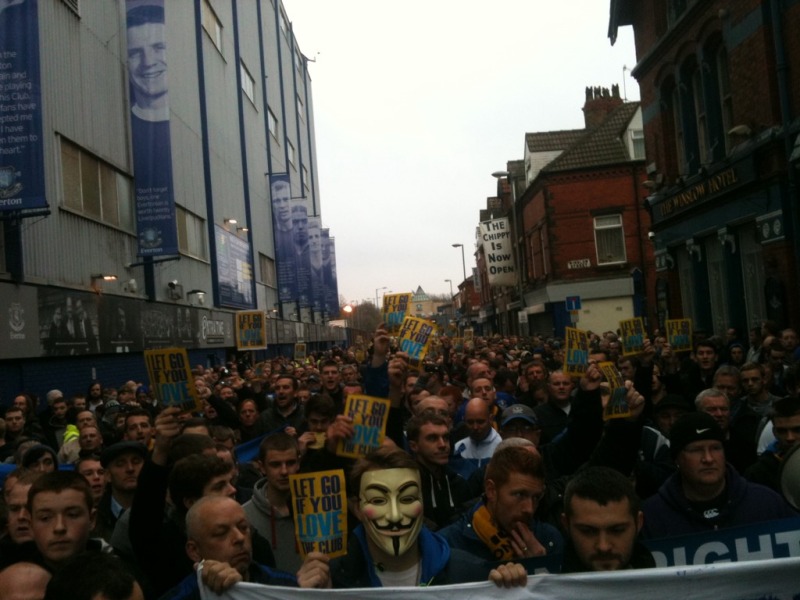 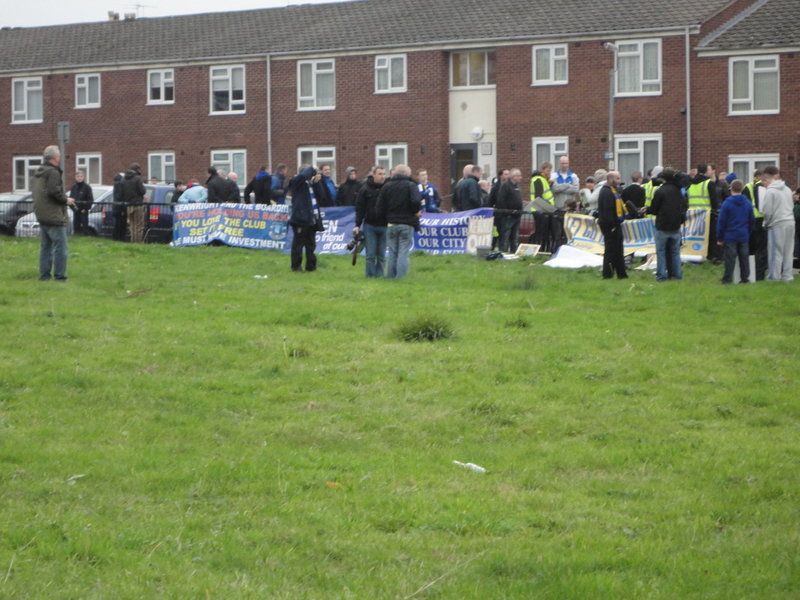 is the chippy with 'The Chippy Is Now Open' the one that went on fire and nearly caused a game to be cancelled?

Mr_Ben wrote:is the chippy with 'The Chippy Is Now Open' the one that went on fire and nearly caused a game to be cancelled?

Talking about chippies, I was told yesterday at the game, that since the closing of the marquee, one of our hospitality packeges is a seat and a meal, which is over the top of a Chinese take-away.
Anyone know if that's the case, or was the guy blowing smoke up my jaxy?

Mr_Ben wrote:is the chippy with 'The Chippy Is Now Open' the one that went on fire and nearly caused a game to be cancelled?

Talking about chippies, I was told yesterday at the game, that since the closing of the marquee, one of our hospitality packeges is a seat and a meal, which is over the top of a Chinese take-away.
Anyone know if that's the case, or was the guy blowing smoke up my jaxy?

you get a seat and Hairy's maid delivers a chinese take away to you during the match?